Good thinking is a difficult and elusive skill.  The profession of Medicine looks like it had quite a lot of good thinking at its disposal at various times in history. Throughout history Medicine can claim some of humanity’s greatest thinkers as its own.  Old Egyptian papyri show records of some unusually clear and evidence-based logical thinking some thousands of years ago when magic and irrational superstitions were common practice.

Hippocrates wrote the Hippocratic Oath that doctors still take today and which still guides their thinking and decision making in a modern context.  Almost all of us have at least heard of him, even though he lived two and half thousand years ago – no small feat.  An appropriate situation as he is rightly called the Father of Scientific Medicine and was the first person to dispute the idea that illnesses are caused by curses and gods and to instead claim natural causes for diseases – an outstanding and brave shift in paradigm at his time. 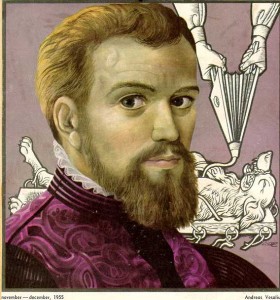 Andreas Vesalius was the founder of modern anatomy and began the discovery of what we really are as beings. This is a journey which Professor Phillip Tobias (who taught me anatomy in medical school) has largely completed when he and others, like Louis Leakey and Raymond Dart, uncovered and decoded hominid specimens and showed us where we really came from. That happened a short drive from where I now live, a reminder to me that good thinkers are everywhere.

I’ve never met William Osler, the great thinker called the “Father of Modern Medicine”, but he worked in Canada, where I worked for many years, and he founded Johns Hopkins Hospital where colleagues I know have worked.

If we look around we will find we are in touching distance of great thinkers, almost no matter where we are. This brings into sharp focus an uncomfortable irony – while Medicine has been at the very core of good science and good human thinking for a very long time, early practitioners have also been tied up in superstition and myth, and there is still evidence of this today.

This truth is illustrated even in the medical terminology we use. For instance, the word influenza (“the flu” for short) comes from Latin and is borrowed directly from an Italian phrase.  Its Latin root means influence and in the Italian means influence of the stars.  It is put before the names of illnesses as in influenza di febbre scarlattina a stark reminder that, for large parts of history, healthcare practitioners approached illness with the superstitious belief that illness came from “the stars”, or fate.

However, being bound by human mental shackles such as these is a problem Medicine shares with any human endeavor, and the stories that shine are those where its practitioners have so often been able to cast off these shackles and think well, breaking paradigms in the process. The irony, then, is that Medicine, with its heritage of great thinkers, seems to have lost its way.