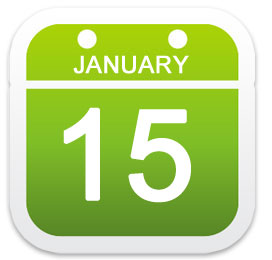 Its pretty close 2015.  It will arrive before the next Olympics does.  And we all know thanks to the media coverage we get how much effort is mobilized to make events like the Olympics and the FIFA World Cup happen.  Which gives credence to Dame Fiona Caldicott’s worry that it is a bit of a “tall order” to ensure every single British citizen can access their General Practitioner health information online by 2015.

Given the hugely complex problems that need to be overcome and the enormous effort coordinating every GP and every primary healthcare facility in the entire country, it does seem optimistic.  Apparently as of today, something like 1% of current GP practices are able to provide this to their patients.

The USA might have a slightly better shot at their goal.  As of February this year the CDC reported that 57% of US practices are using Electronic Medical Records.  I would expect that number to go up considerably in the next 18 months because as of 2015, doctors who refuse to use them (or just haven’t gotten around to it) will start paying penalties.  And that penalty increases as the years tick by.  Some will leave it to 2014 but most seem to be getting around to it about now.  Money does motivate.

What I find most interesting is the commonality of using deadlines in this sphere.  Something has changed.  Whereas before it was mouthed as a good idea, now its a deadline in many countries. I’ve picked on USA and England but it is something many countries are looking at or have done.  And just as interesting is the common choice of 2015; these are best considered “short term” objectives.

I think the 2020 vision may have something to do with that.  The 2020 vision statement is a direct result of the IOM’s report on error.  There are other articles on this elsewhere on the blog.

The bottom line is when you accept that your doctors really honestly are killing more of your citizens in hospitals, every year, than the Viet Cong killed in a decade, well it does rather push you into having to do something, and set deadlines.  You have to get serious.

And of course earnest intent and taking actual steps is good.  It always is.  But it can have a price too.  I worry a bit about the deadlines.  They are close.

In the case of England it is a massive industrial-wide change they’re after.  No, it’s even more, it’s an entire social revolution they’re after.

Remember when granny didn’t want to use email, or even own a computer?  Phones are for communicating… Now granny has a computer and a cell phone and skypes her grand kids in Australia.  That’s big change.  Remember a pre-Facebook and in fact a pre-social media world?  Well most teenagers around the world today cannot remember it, it’s always been there, they’ve always had it.  That’s big social change.

Patients are going to need to want to write in their own medical records.

That’s a Copernican revolution.  What?  Earth goes around the sun???  It isn’t the other way around?…  What??  I write in my medical record and keep it and the doctor has the right to contribute to it and utilize it, I give him consent to see my record rather than he gives me consent to look at it??  OK, that’s just weird.

And that’s the problem really with deadlines.  You can’t deadline that sort of social revolution.  It takes a collective paradigm change. That doesn’t happen on schedule.

So yes, the stats say the people at the top have to do something.  BIG.  QUICK.  And if I was up there I would be too.  But the grave danger is that something will be done that doesn’t actually change anything much and of course because so many billions will have been spent, everyone will rightly, and righteously, feel that the job is done.  If we simply run around and shout at people to run up that ladder, quick, QUICK! 2015 is coming!!  And then later find out that we put the ladder against the wrong wall…. how many people are going to gladly climb on down and throw away what they’ve done and spent money on and climb up the right ladder?

Yes, I know it would be right to do the right thing, to do what works.  But is it reasonable to expect?  I like the pressure and building momentum and commitment to act.  But don’t punish people up the wrong ladder and in so doing create massive resistance to later on change again when you realize you didn’t think it through well enough and didn’t get it right first time around.

I don’t see a lot of effort going into the early adopters, deep research into what has actually happened and what works and doesn’t.  I see a lot of panic to get everyone else trying to do the same things, without much evidence at all that it improves much at all.

That sort of worries me.